Carol Young is a character in the After film series. She is portrayed by Selma Blair and Mira Sorvino.

Carol is the controlling mother of Tessa Young, and is adamant on the downfall of Tessa's relationship.

Carol was young when she married Richard Young, and they eventually had a daughter together, Tessa. The couple weren't happy together and one day, Richard left the women and never returned. His abrupt departure shaped Carol's parenting ideals and the way she treats their daughter.

Carol's daughter, Tessa Young, is a recent high school graduate who ready to move out of their house and into a dorm room at Washington Central University. With Tessa's boyfriend Noah at her side, Carol helps Tessa move into her new dorm room where they are greeted by two girls. The girls introduce themselves as Steph Jones, Tessa's roommate, and Steph's girlfriend, Tristan. Carol is initially turned away by Steph's nonchalant vaping and Tristan's excitement about getting Tessa into the best parties with a fake ID. Tessa follows her mother out of the room and assures her that everything will be fine, and to trust her as she is a good student and knows how important schooling is. Carol decides to do just that and says goodbye to her daughter.

A few weeks later, Tessa attends a party at the WCU frat house and takes a call from Noah. He reprimands her for attending a party so she hangs up on him and leaves. When she returns to her dorm, she reads messages from both Noah and her mother, who is unhappy upon hearing that Tessa attended a party. Noah tells Carol about the party, and she texts Tessa telling her to call her. A little while later, Noah surprises Tessa at WCU and learns of her affair with Hardin Scott and, presumably, tells Carol about the affair, seeing as how Carol appears in Tessa's dorm.

Carol barges into Tessa's room and finds her making out with Hardin in a compromising position, and is disgusted by the sight. She storms into the hall and Tessa follows her. Carol demands that Tessa end things with Hardin so she can refocus on her studies, but Tessa refuses. Carol takes a moment before threatening to cut Tessa off financially if she doesn't end things with Hardin. Tessa still refuses and Carol angrily leaves.

As time passes, Tessa's relationship with Hardin implodes when she learns that he lied to her and only started dating her as part of a bet he made with his friends. She flees WCU and goes home where she hugs Carol and they talk things through. She doesn't tell Carol about the bet but merely states that things didn't go well with Hardin. Carol offers sympathy and suggests that Tessa try to fix things with Noah, who is still at soccer practice. They rekindle their relationship and are seemingly in good place, with Tessa now ready to return to WCU and focus on schooling and her job.

In December, Tessa drives back to her childhood home to spend time with her mom, since it's her birthday. She is greeted by Noah, who knew that she would be in town today as he spoke with her mom. Tessa asks if she had him on speed dial as soon as she crossed state lines. Noah quips back that Carol knows a good thing when she sees it and they laugh. He asks if everything is cool with the thing with her dad, but Tessa is oblivious to this and Noah quickly realizes that he messed up. His phone rings and she sees that it's her mother so she answers for Noah, and Carol apologizes as she got stuck at work but asks if Tessa got there yet, unaware that Tessa is the one who answered.

Noah quickly shouts that Tessa knows and Carol nonchalantly realizes that Tessa is with him, hoping that she didn't interrupt anything. Tessa asks about what is going on with her father, which Carol finds rude. After some bickering, Carol reveals that Tessa's father wanted to see her but she chased him off. They continue to argue with Carol believing Tessa is getting all worked up for no reason. But she can tell that isn't the case by her tone. Tessa hangs up while Carol angrily protests. Tessa shoves the phone at Noah, realizing her coming home was mistake as she gets back in her car and leaves. Noah apologizes to Carol, claiming that he messed everything up and doesn't know what happened.

Ten years ago, Carol and Richard have a head argument as she kicks him out of the house for being drunk again. She refuses to listen to him as she's finally had enough of his neglect. In the greenhouse, Tessa covers her ears as she tries not to listen to the echoes of her parent's latest fight.

Carol is an attractive middle-aged woman. She keeps up with her looks, never leaving the house looking unkempt. She has blonde hair, blue-green eyes, and tanned skin.

Carol is a very controlling mother. She is traditional and prefers to rely on logic than what feels right. She doesn't hesitate to manipulate her daughter into doing what Carol wants, even leveraging financial aid in an attempt to force Tessa to break up with Hardin. 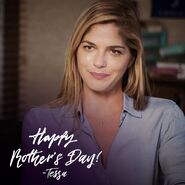 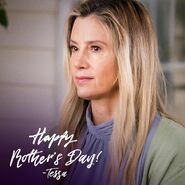 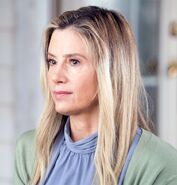