John Jackson Hunter is an American child actor. He portrayed a young Hardin Scott in After We Collided.

John started acting on the small screen at the age of five, with a guest appearance in 2017 on the Pilot episode of, Mr. Mercedes. He went on to play "5 Year Old Ronnie" in the 2018 drama film, Like Arrows.

In 2019, John played the recurring role of "Connor" in The CW series, Dynasty. He was in four episodes of Season 3 but is expected to make a return in Season 4.

In early 2020, he was announced to be playing a young Hardin Scott, the protagonist in the highly anticipated film, After We Collided. John only filmed one or two scenes during the day but befriended Hero Fiennes Tiffin, the actor who portrays older Hardin Scott in the film. 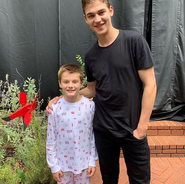 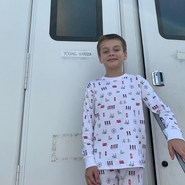 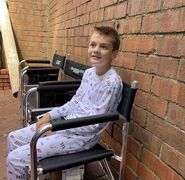