After We Fell
After Ever Happy

Mira Sorvino is an American film and television actress. She will portray Carol Young in the final two installments of the After film series, After We Fell and After Ever Happy.

She also starred in the films Romy and Michele's High School Reunion (1997), Mimic (1997), Lulu on the Bridge (1998), The Replacement Killers (1998), Summer of Sam (1999), and Like Dandelion Dust (2009). For her portrayal of Marilyn Monroe in Norma Jean & Marilyn (1996), she was nominated for the Primetime Emmy Award for Outstanding Lead Actress in a Limited Series or Movie and for a Golden Globe for her role in Human Trafficking (2005). 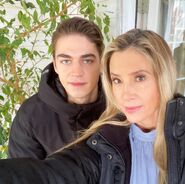 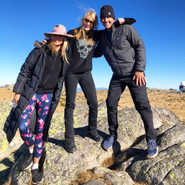