Don't you think this thing has gone on long enough?Molly to Hardin

Molly Samuels is a character in the After film series. She is portrayed by Inanna Sarkis.

A devious student at Washington Central University, Molly has a complicated relationship with a fellow student, Hardin Scott. Upon meeting Tessa Young, she takes on an antagonistic role toward the freshman. She has no qualms about hurting the girl emotionally when it comes to revealing the truth about Tessa's relationship with Hardin.

Molly was accepted into Washington Central University where she met Hardin Scott and a rather large group of friends who also enjoyed partying. She soon began a no-strings-attached relationship with Hardin, though the Brit refused to commit to her or anyone. She was involved in dangerous games of Truth or Dare and held little regard for those outside her group.

Molly is introduced as the fun and casual fling of Hardin Scott. They were together at the frat party and shared a kiss on the couch while their friends chatted around them. She coyly told Tessa, the safe freshman who is introduced to the group, that they play truth or dare a little differently than others. She wasn't thrilled with the idea of Hardin being dared to kiss Tessa. She recorded the dare and found in humor in Tessa rejecting Hardin's advances, mockingly telling Hardin that he got his first rejection. Molly attended the bonfire with Hardin and was annoyed by his protectiveness over Tessa when Jace began overstepping. Hardin seemingly drifted from the group and was enthralled with Tessa, their relationship rapidly progressing. Molly, on her part, seemed to be watching the couple alongside Zed. She watched them banter in English class much to her and Zed's amusement. Much later, they watched Tessa and Hardin make out in the halls of WCU before disappearing into a dorm room. This time their amusement was more concerned and annoyed. She visited Tessa in the women's bathroom to warn her that Hardin isn't who he seems to be and vaguely warned her to watch her back. As quickly as she appeared, she was gone, leaving the freshman confused. Molly's incessant texting with Hardin eventually raised a red flag for Tessa who confronted her boyfriend, who blew her off before breezing off to meet his friends. Molly noticed Tessa enter the cafe in which the group was meeting and toyed with her. Tessa demanded that Hardin explain what is going on between him and Molly, to which she retorted that something is going on, but not what she thinks. Hardin sharply tells her to shut up but she ignores him and asks if she remembers truth or dare. Zed tells her to stop and not to do this, but she merely glares at him. She then shows Tessa the recording she made in which Hardin made a bet with his friends that he could make Tessa fall in love with him. Then, after she's in love, he would turn his charm off and break her heart. The aftermath of the reveal left Molly on the outs with Hardin, though she continued to hang out with the rest of their friend group.

Over the next month, she attempts to reconcile with Hardin who has distanced himself from everyone. She is met with pushback as Hardin no longer cares for her. She tries to flaunt her new body that is a product of being carb free, noting that she feels fantastic. Steph chimes in that it might be the drugs, but Molly instantly shuts her down. She flirts with Hardin and tries to seduce him, but he isn't interested and pushes her off him before walking away. She is hurt by his rejection and asks if he's still hung up on Tessa, but he tells her not to talk about her. Molly compares his behavior to that of a lost puppy and all because of a girl who "doesn't even want him". Hardin angrily walks away as she hurls insults in his direction. Once he is gone, she flops down on the chair and notices the freshman staring at her. She threatens to steal their boyfriend if they don't turn around. Molly arrives to the New Years Party at the frat house wearing an extravagant headpiece and loudly announces her presence. When she sees Tessa dancing happily, Molly is angered and throws her head piece to the side as she storms away. Later that night, she intercepts Hardin and Tessa as they leave the party. She makes snide remarks that Tessa never could cut it with Hardin's group of friends, unfazed when Hardin snaps at her to shut up. Her snide remarks eventually accomplish what she wants, and Tessa decides to stay for one more drink. Molly promptly forces Zed and Ally out of their spot in the brown leather chair that she has claimed, and squares off against Tessa who is perched on Hardin's lap. The bitchy banter begins instantly with Molly starting the game of Truth or Dare by asking Tessa if she's a virgin. She quickly corrects as she knows that isn't true anymore since Hardin slept with her. Tessa merely agrees then asks if it's true that Molly is a whore. Molly is offended by the term and shuts it down despite Hardin and Tessa's insistence that she is. Molly then asks if it's true that Tessa is a dumbass for getting back together with Hardin after their relationship was nothing more than a bet. When Tessa declines this, Molly presses that it is true and begins to taunt Tessa with innuendos regarding her previous fling with Hardin. Overcome with rage, Tessa tackles Molly to the ground where they begin a fierce fight of hair pulling, slapping, and slamming each other into walls. Tessa is able to punch Molly twice while screaming at her, but Molly tackles her to the ground though Tessa quickly gains the upper-hand. Before the fight can escalate any further, Hardin pulls Tessa off Molly and carries her upstairs. The girls hurl insults at one another as Tessa is carried away, with Molly angered over the outcome, even shoving Zed out of her way as she storms out of the room.

Molly is a beautiful young woman in her early twenties or late teens. She has big hazel eyes, full lips, and thick black hair that reaches well past her shoulders. Her hair has streaks of hot pink throughout it, which are toned down as time passes so the pink streaks serve as accents and don't overwhelm her wavy hair. She uses heavy eyeliner and dark eyeshadow to accent her hazel eyes. She dresses provocatively and frequently exposes her midriff. She has a small nose ring. She wears a plethora of accessories including a black choker. She has been seen in a variety of necklaces and bracelets. Molly also has a robot tattoo on her upper-left bicep.

Molly is a girl who desires constant attention and love. She goes as far as offering herself up to Hardin in an attempt to make him forgive her, and baring her body just to be praised by him. She can be harsh when sharing her opinion and rude to others, especially women. She has little regard for anyone else's feelings. Molly took pleasure in toying with Tessa and watching her relationship with Hardin come crumbling down. She initiated the reveal after she found out Tessa and Hardin were living together, prompted primarily out of jealousy for Tessa's relationship with Hardin. This could be because Hardin never wanted to be serious with her and chose someone else. Above, all Molly is a wild college student who enjoys parties and physical relationships. 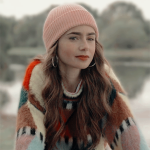 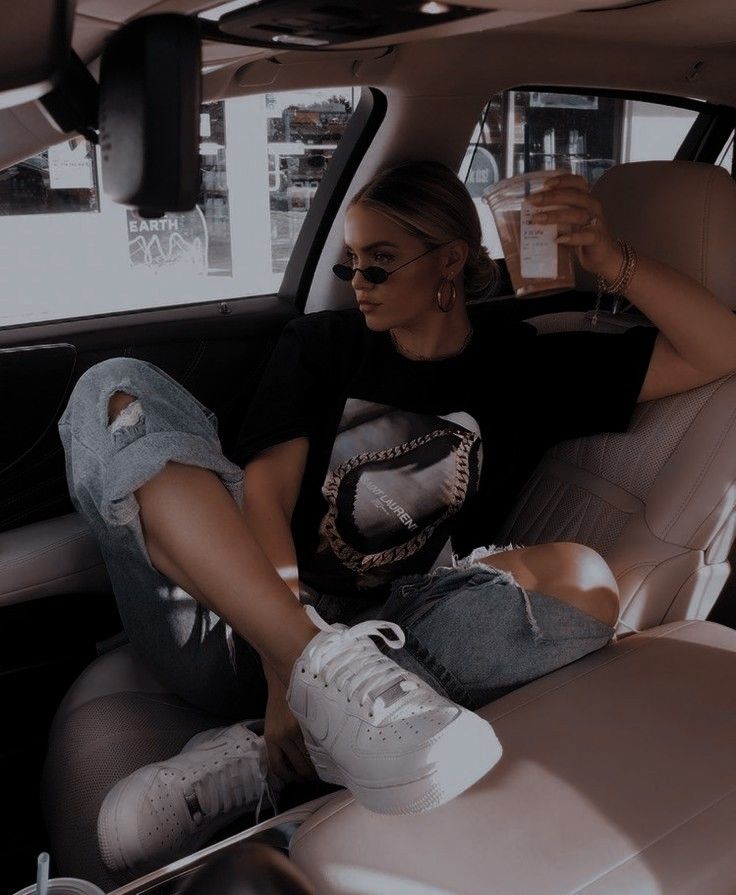 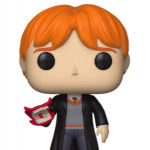