After Wiki
Register
Don't have an account?
Sign In
Advertisement
in: After Book Series, Landon Book Series, Books

Nothing Less is the second book in the Landon series written by Anna Todd. It was published to paper on December 6, 2016.

The hectic pace and noise of New York City don't stay on the surface: they get into you, affect you. Landon Gibson has always been the nice guy, the one who would do anything for anyone -- selfless to a fault. And while he's not on some mission to lose his innate kindness, he's realizing he needs to stick up for himself more, to figure out what he wants and not be shy about it.

Especially when dealing with an ex-girlfriend who runs hot and cold -- treating him badly one day, then proclaiming her need for him the next. And maybe even more especially when faced with the mysterious Nora -- a girl with at least two names and a thousand sides to her, some of which really want to jump him, some of which keep pulling her away.

If there's a mystery at the core of these relationships, Landon also knows it's the mystery of finding a great life. He just wants someone to call his own. So here's to hoping that the battleground that is dating in New York isn't just a little too advanced to him. 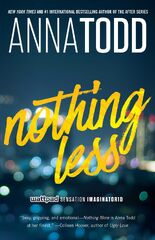 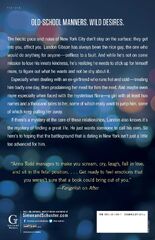