Selma Blair is an American actress who first gained attention for her performance in the 1999 film, Cruel Intentions. In 2019, she portrayed the role of Carol Young in the romance-drama series, After. She reprised her role in its respective sequel, After We Collided. The role was recast to Mira Sorvino for the final two installments of the film, due to Selma's inability to travel for the film.

Selma was born in Southfield, Michigan, to Molly Ann (Cooke), a judge, and Elliot I. Beitner, a lawyer. She had a Jewish upbringing. After graduating from high school in Michigan, Selma moved to New York City to pursue her goal of being a photographer but found her way to acting classes at The Stella Adler Conservatory and Stonestreet Studios.

She played a number of small roles in films and on television before obtaining recognition for her leading role in the film Brown's Requiem. Her breakthrough came when she starred as Zoe Bean on the WB sitcom Zoe, Duncan, Jack and Jane, and as Cecile Caldwell in the cult film Cruel Intentions. Blair continued to find success with the comedies Legally Blonde (2001) and The Sweetest Thing and achieved international fame with her portrayal of Liz Sherman in the big-budget fantasy films Hellboy and Hellboy II: The Golden Army.

In 2019, Selma was cast as Carol Young in the romance-drama film, After. She reprised her role in its sequel, After We Collided. Her involvement in the film was important to Roger Kumble, the director, who wanted Selma to be able to film as much as she could. He worked closely with her and production to incorporate her into the film in a way that made sense for Carol but was also accessible for Selma. 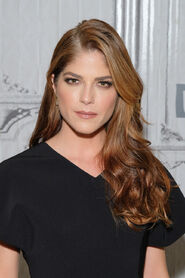 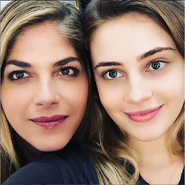 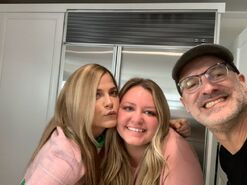