Shane Paul McGhie is an American actor who was born in Los Angeles, California. He is best known for his role as Landon Gibson in the After film series.

Shane Paul McGhie is an American actor who was born in Los Angeles, California to Jamaican parents.

From early childhood, Shane had a desire to be on the stage and in front of the camera. At the mere age of four, Shane was already practicing his Oscar acceptance speeches, perched atop of his couch addressing his stuffed animal audience.

Shane's passion for acting grew in high school, as he received training from the Beverly Hills High School Theatre Arts Department under the direction of Herb Hall, Joel Pressman, and Josh Butchart. Shane also received classical vocal training as he was in Madrigals (advanced choir) and was cast in musicals. In his senior year at Beverly, Shane took the stage in the lead role of Tevye in "Fiddler on the Roof."

After graduating in June 2011, he attended Cal State Northridge for a year while pursuing his acting career. He then transferred to the University of Southern California (USC), where he graduated with a BFA in Acting in 2016.

On October 5, 2020, Shane announced his departure from the After franchise, noting that he would not join the cast of After We Fell and After Ever Happy for filming in Bulgaria. His appearance in After We Collided was his final one as Landon Gibson. He cited that he and production couldn't reach an agreement so Shane had to pull out of the projects. To him, "Landon represents hope in humanity and his friendship with Tessa is the epitome of unconditional friendship." He thanked Anna Todd, Jennifer Gibgot, and Erin Elizabeth Gross for trusting him with the character and fighting for him. Shane also asked that the After fans welcome the next actor to play Shane with open arms and be as warm to him as they were to Shane.[1] 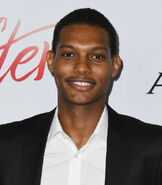 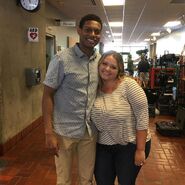